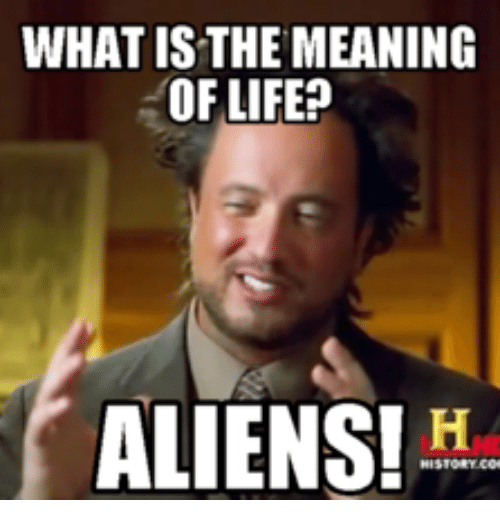 Did you just stop and ask yourself that? Did the Burning Reason trip off the tip of your tongue, or did you stare blankly at the screen and think:

a.) “Oh, crap, there’s ANOTHER thing Cait wants me to think about and that I probably need to up my writing game.”

b.) “What the fuck is a Burning Reason?”

Both are totally valid responses, and you are not alone. When I first started writing with a goal to becoming published, I had no clue about the Burning Reason.  I just wrote because…uh…I wanted to tell a story. 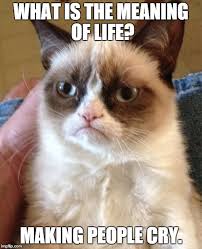 Yeah. It was a story. Beginning, middle, end. Happy ending. Tra la la and all that jazz. But, then, I wrote a story that accidentally really meant something to me (Duet of Desire, if you must know).

I was not just enjoying writing. I was passionate about it. Driven to finish. Driven to make a point. Okay, so I might have taken liberties in using Sarah Bernhardt and Worth to make my point, but at least I had a point to make.

The result was a book that is both a lovely little romp in historical erotica and a story that (hopefully) touches the reader’s heart and soul in a way that goes beyond the pat satisfaction of a Happily Ever After.

So…yes, I digressed. Back on track, then.

What IS the Burning Reason You Must Write This Book?

The Burning Reason is a thought, belief, truth, or emotion that forms the foundational bedrock of every story worth telling.

Skip thinking about the Burning Reason when you are getting ready to write, and you risk producing a story that is rote, forgettable, and does absolutely nothing for your brand or reputation.

Today, I’m going to take you through a little bit more about what a Burning Reason is, and what it does for our characters, plots, writing, and marketing…and of course, why every writer needs a Burning Reason to Write This Book.

That Itchy Feeling in Your Brain? That’s a Burning Reason.

Think about what sticks with us after we have either a very positive or very negative interaction with someone.

We replay the scene over and over again. We analyze the other person’s words, actions, motives, seeking causes, explanations, and often excuses. Then, we compare all of that to our own set of beliefs and and values, seeing how well everything lines up. When it doesn’t, that’s a moment when we either define our own position more clearly, or it challenges us to grow.

All of this usually happens unconsciously, but there’s that faint, itchy sensation in the back of our mind as we inadvertently puzzle out our personal philosophies.

We don’t even realize that the conclusions we reach are sometimes really profound statements of our core values. It’s easy to toss out, “Oh, she shouldn’t have done that because cheating on your boyfriend is wrong.” But, if we take a second look at those words, a deeper meaning emerges.

It could be wrong because we hold to religious dictates about fidelity. Or, we believe that cheating damages the fundamental trust that is crucial to a relationship. Maybe, we have been the victim of cheating, and we believe that no one should have to go through that pain.

Any one of those statements would make an excellent Burning Reason. 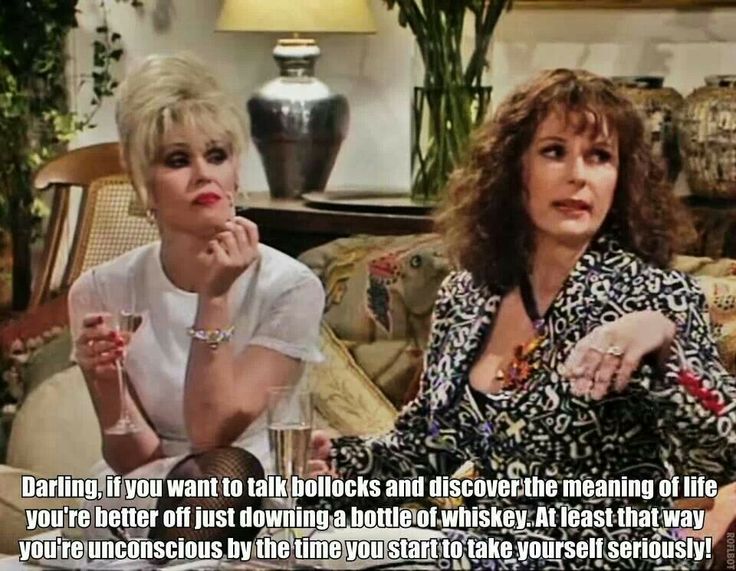 At the end of the day, the Burning Reason is simply something you believe in and want to share because it is the one way that you, as a writer, can truly use your craft to make a difference.

Seraphina and Taylor do not have a Burning Reason

You know my Mary Sue stand-in’s, Seraphina and Taylor, right? They go on adventures. They fall in love. They go to balls and parties. They save the world.

Every utterly forgettable (and/or terrible) book tells a variation of the Seraphina and Taylor story.

It doesn’t matter if we change the color of their hair from raven to flaming, or if we decide their magical powers can make them control dragons instead of commanding fire. It doesn’t matter whether the drug lords who are after them are from Colombia or China, or if the stalker ex appears normal or comes off as plain batshit crazy. 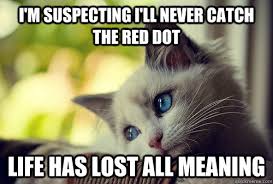 Without a Burning Reason, Seraphina and Taylor are just going through the motions, over and over again. The Burning Reason is why we remember Elizabeth Bennet and Mr. Darcy but not the names in that romance we borrowed on Kindle Unlimited last week.

If a character arc is made up of a past, present, and future, then the Burning Reason gives depth to their past, consequences to their present, and meaning to their future.

Using the Burning Reason helps us define the mistakes, false beliefs, and fears that bring our characters to that moment of Toxic Normal (phrase courtesy of Kristen Lamb) when the story begins.

For example, say my Burning Reason is I want to share my belief that we can’t always choose what happens to us, but we can always choose how we react. By keeping this in mind as I create Seraphina’s backstory, I begin to see a character who has a central fault of emotional knee-jerk reactions.

This fault has led to failed jobs, relationships, and a general sense of depression. That is where she is when the story starts. 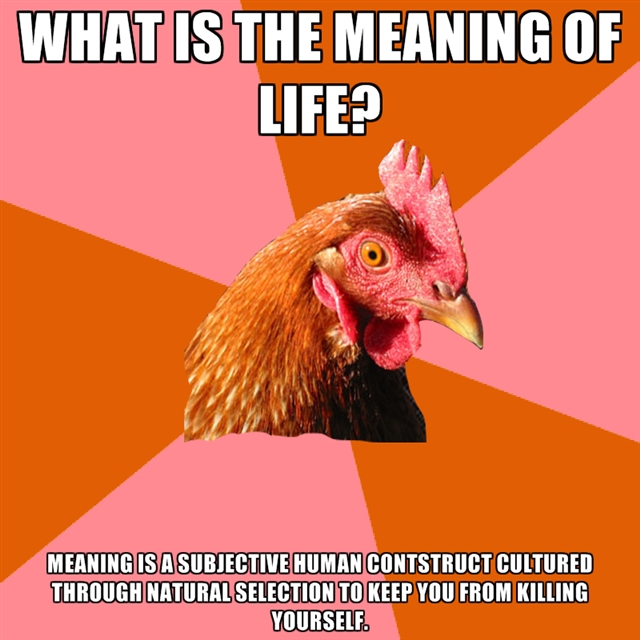 I know that once I begin to nail down the specifics of the plot, I am going to create obstacles, problems, and twists that require Seraphina to admit to, face down, and finally overcome this fault.

At the end, Seraphina might not have completely overcome her tendency to react slightly hysterically to situations, but at least now, she is aware of it. She is working to change her behavior, which in turn helps her achieve (or gives her hope of achieving) her happy ending.

…which in turn make for better problems in a plot.

Burning it down: plotting and the burning reason

Though I am a pretty good writer (*muscle cramp from patting self on the back), every now and then, Kristen Lamb needs to beat me over the head about not letting my plot degenerate into simply a series of bad situations.

There are a lot of techniques writers can use to prevent the slide from story to situations. The Burning Reason is one of the quickest and easiest.

When we are figuring out all the things that have to happen in the story, the Burning Reason helps identify what kinds of problems will become plot points. It also acts as a scale against which we can measure the increasing gravity of obstacles, risks, and consequences.

I harp on ‘relevance’ a lot, and, yup, you guessed it. The Burning Reason provides a way to spot-check the relevance of plot points. Let’s go back to the example of Seraphina’s knee-jerk reaction ‘fault’ and the theme of choosing how we react to things that happen.

Every scene should be relevant in some way to Seraphina’s ‘fault,’ allowing her to deny it, face it, explore it, struggle with it, etc. In the first draft, it’s easy to accidentally slide into a scene or chapter where she is just going shopping, or having lunch, or making out with Taylor.

Once we begin editing, checking every scene against the Burning Reason that is behind Seraphina’s ‘fault’ helps us identify sloppy and/or superfluous writing.

This is also a great technique for breaking through writer’s block. Stuck on where to go or what to say? Look at the Burning Reason and think about how it could make things worse or bring out another aspect of the character’s faults and struggles.

Even the conclusion and resolution of the story is helped by keeping our eyes on the burning prize. Happily ever after is all well and good, but what does happy actually mean to our characters if we don’t know what has made them unhappy or caused them to struggle.

These days, authors have to be brand conscious and marketing savvy.  It feels like almost every week, there’s a new trick to getting newsletter subscribers, book sales, and Instagram followers.

Yet, I wonder if we aren’t overlooking something so fundamental that no amount of Facebook posting can make up for its lack.

In our rush to get to tell the stories in our head, get to market, and corner the market, we might be forgetting to think about the most important aspect of marketing: THE READER.

The readers are giving us the gift of their time and money, and we risk losing long-term fans if all we do is take advantage in the short-term without giving something back. (Producing a 20k word novella every two weeks doesn’t count as giving back unless you are the next Brontë sister or have a last name like Koontz.)

We have to respect and show our gratitude to the reader. The truest and most sincere way we can do that is to produce the best book we are capable of writing.

Part of writing a book that gives something back to the reader is offering up a Burning Reason. 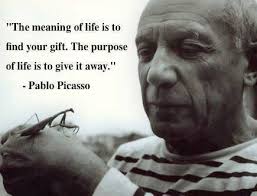 It’s something for the reader to think about, to mull over, to feel deeply moved by, to rage against, to remember often in years to come, or be pleasantly surprised by remembering it in a random moment.

We don’t have to be self-righteous, sententious, obvious, or pedantic about the Burning Reason. But, by writing a story that is built on that foundation, we are giving back to the reader the best possible thing we can: a connection with the beauty, tragedy, hope, and power of the human experience.

1 thought on “What is the Burning Reason You Must Write This Book?”